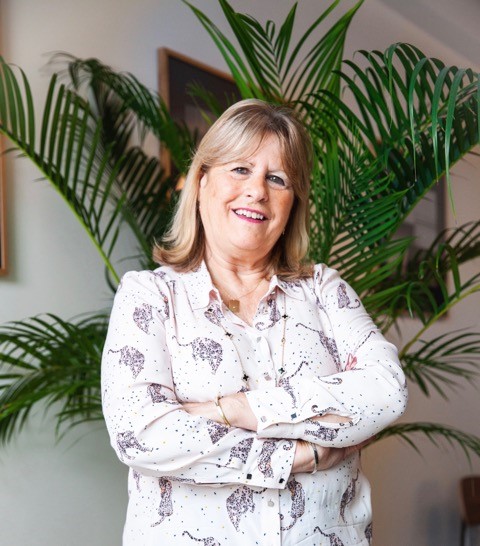 It might sound like something out of a movie, but trust us, Suzanne Williams is one of the most phenomenal (and nicest) women in international security. We talked to her about her career over the last 28 years, working as a hostage negotiator. Now, an independent hostage responder and crisis manager, Suzanne specialises in dealing with hostage negotiation, abduction, extortion, and blackmail.

Q. You’ve been a hostage negotiator, and you’re now a hostage responder. What’s the difference?

Q. What is your job as a hostage responder and crisis manager now you’re an independent?

A. I choose to work within the humanitarian sector because I like that sector really, and they are going to dangerous places doing great work. I work with them before they go and then if something happens I can assist in managing the security incident whilst it is ongoing.  Upon the return of the affected personnel, I run an operational debrief.

Q. We seem to hear far less about the dangers of humanitarian work and kidnap than say terrorism and kidnap. Is a lot of your work ‘under the radar’, so to speak?

A. Yeah, that’s completely right. Perhaps ten years ago kidnaps would have been resolved completely under the wire, completely quietly. Nobody knew that they had been taken and they were resolved before anyone really knew anything about what was going on. But that really isn’t the case now because we have 24/7 news, we have social media, and so kidnaps are reported a lot more and people are aware of them a lot more than they used to be, which doesn’t always help the response. Ideally, you’d like to respond quietly so that you don’t raise the profile of the hostage, so you can just get on with doing your job, but that doesn’t really happen quite so much. Well, it doesn’t happen much these days at all.

Q. What training have you gone through to get where you are today?

A. It’s been a long journey, that’s a bit of an understatement! About 28 years ago I was a police officer, and I just thought that this type of specialism may interest me because when you’re dealing with murders or assaults there’s not a lot you can do for a family, other than arrest the person who committed the crime. But when you’re a negotiator, when someone has had a loved one kidnapped or detained overseas, you can actually honestly look them in the eye and say, ‘I’m going to do my very best to bring them back.’ Well, you can’t say that to a murder victim, but you can say that to a kidnap victim’s family. So, for me, that was the interest. I did the initial training with Scotland Yard. And… it just felt right, I just knew that it was something that I would want to be involved in for a long time, and as it turned out I have been and still am. […] So I trained with Scotland Yard, I’ve trained with the FBI – quite intensive training as you can imagine – and worked with most of the European police forces, and I did a lot of training with the Mounties as well, the Royal Canadian Mountain Police.

Q. How does the reality of kidnap and hostage negotiation compare to how the public thinks about it, which is very Hollywoodized?

A. I don’t know that the average person in the street knows very much about hostage negotiation unless they have seen some of the movies like Proof of Life, Man on Fire… those type of films.

How is it compared? The negotiator or the responder concentrates on that part of the job whereas I notice in the movies they tend to be doing every aspect of the response. Also, to be a good hostage negotiator you really cannot have an ego, and from what I’ve seen in the movies sometimes they do. I think real negotiators are a lot quieter, a lot less dramatic, and possibly  more business-like, and definitely less emotional.  We have to be good at empathy though. My world is not glamorous – it is one of human misery and suffering, I do not truly see that reflected on the screen.

Q. What are the main reasons for kidnap?

Q. What is the stretch of your work and remit now?

A. I’ve lost count of how many countries I’ve been to. There isn’t any limit or any restriction really.  Nowadays technology assists with communication to the distant countries.

A. Oh God yeah, do I travel a lot, sometimes I’m not even sure which country I’m in! I have sometimes got to the airport and had to look down at my boarding pass to remind myself where I’m going. At least three or four times a month. And they’re very short turn around as well, I don’t normally hang around much.  My personal safety and security is also a serious consideration especially as I have been doing this for so long.

Q. You’ve also worked in royalty protection – what was that like as a job?

A. I was part of the royalty protection team, looking after the royal family for a few years. It’s a big team and I was part of that team. I was part of senior management actually, looking after that team. Lots of planned events obviously, you get plenty of notice when things are going to happen because you know when the trooping’s going to happen, you know when the Queen’s going to open Parliament, so you get lots of notice for planned events. But there are also the spontaneous events that you didn’t know were going to happen so I think that the benefit of my time within that department was contingency planning, because outside of royalty you can have a plan A and you think you’re going to get away with it, it’s going to work, and actually when you work for royalty you have to have a plan A, plan B and sometimes a plan C!

So, I think what I really learned working as part of that senior management team was that it really taught me about what happens if plan A doesn’t work, and I think that gave me great experience in contingency planning. Nowadays I often think what a good basis it was because the stakes are so high in that department that you have to have contingencies, and perhaps before my stint with that department, I wasn’t quite so contingency aware, if that makes sense.

Q. Personally, how do you find being a hostage responder? Does it come with a lot of stress and anxiety?

A. It’s about managing other people’s stress. I just find it so rewarding … I get angry at what bad things bad people do to good people, but that’s it really, I don’t get stressed about it at all. […] There’s so much in a kidnap that we’re not in control of, that the one thing that you have to be in control of is your own emotion. And you can do that, and then I can try and attempt to control other people’s emotion by giving them advice and guidance. That’s the premise that you have to start from, because if you’re emotional then other people are emotional, and you’re not going to get the job done. That’s why you just have to deal with the fact and try and find a way through.

Q. How long do you see yourself doing this for?

A. That’s the really interesting question isn’t it and a lot of people are asking me that same question [laughs]. I’m going to be really honest with you, for as long as I’m still making a difference and I’m still bringing people home… For the foreseeable future, I’m going to carry on doing it.  It truly is a privilege to do this work, I am very lucky.

Read more from Suzanne on her recent blog post about using hostage survival techniques to cope with the Covid-19 lockdown. Suzanne is also one of our travel safety trainers in our courses.