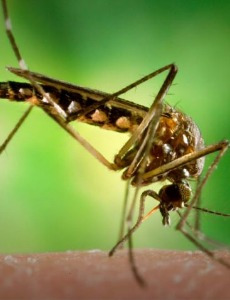 Limited data suggests that many pregnant women travel without experiencing health problems. However, pregnancy during travel carries important risks that should be considered carefully prior to booking the trip and there are specific concerns with the newly emerging Zika virus. Comprehensive travel insurance is essential for all travellers and a full declaration of medical conditions, including pregnancy, should be made to the insurers. Insurance policies differ in their terms and conditions, and pregnant women should ensure that they specifically check that the policy will cover the cost of medical treatment if a pregnancy related problem occurs, including early labour, the care of the pre-term baby and repatriation costs if appropriate.

If you are a pregnant woman with a significant obstetric history, an inadequately controlled or newly diagnosed medical condition such as diabetes, or are planning to travel to malaria or Zika affected areas, you would be advisable to postpone non-essential travel, especially where the destination includes areas without access to adequate medical care. If travel is essential, the advice below should be discussed with your midwife, GP, obstetrician or travel health adviser. Travel with certain pre-existing medical conditions or obstetric complications is not recommended. Conditions such as cervical insufficiency, pre-eclampsia, premature rupture of membranes, placental abruption, suspected ectopic pregnancy and vaginal bleeding are likely to be considered contraindications to travel.

The early pregnancy scan (usually performed between 10 to 13 weeks) should ideally be performed prior to travel. This will confirm the dates of your pregnancy and the viability of the pregnancy. Ante-natal records and next of kin details should be carried when travelling. Appropriate gynaecological, obstetric and neonatal care may be limited or non-existent in some areas so if travel is considered essential you should ensure that emergency plans are made in advance of travel.

Commercial air travel is considered safe in uncomplicated pregnancies. The time of pregnancy depends upon the airlines but usually up to 36 weeks and up to 32 weeks for a multiple pregnancy. If your ‘bump’ suggests that you are further advanced it would be wise to travel with a doctors letter stating you are fit to fly. These often need to be signed and dated within a week of the planned air travel. Pregnant women should check the airline’s requirements when booking flights, but generally after 28 weeks most airlines require a medical certificate confirming the estimated date of delivery and that there are no complications. Remember to ensure that return flight occurs within the allowable dates!

Cruise liner companies may decline to carry pregnant women in the mid to later stages of pregnancy. Pregnant women should check the individual cruise line requirements when booking and take into account any restriction relating to connecting flights.

Pregnancy increases your risk of venous thromboembolism (VTE) (deep vein thrombosis and pulmonary embolism). When flying, where legroom may be restricted and on flights over four hours, it is recommended that you wear properly fitted, below knee, graduated compression stockings providing 15 to 30mmHG of pressure at the ankle during travel . Also you should walk around the cabin at regular intervals during the flight and regularly flex and extend the ankles to encourage blood flow from the lower legs. And keep yourself well hydrated. All pregnant women who live in or travel to areas where mosquito-borne diseases are known to occur should practice bite avoidance measures. For a traveller the best avoidance is not to travel. For those that must, first ensure you are aware of the risks in destination. Zika this year and Dengue over the last few years has shown us that the risk for areas can change rapidly. DEET has a good safety record in pregnancy; repellents containing up to 50 per cent DEET can be recommended. Excessive application of repellents should be avoided and DEET can be applied to natural fibres such as cotton clothing. Repellent can be washed off when returning to air conditioned accommodation or before sleeping under an insecticide treated bed net. Pregnant women must use protective clothing and sleep under an insecticide treated mosquito net, if they are not in air-conditioned accommodation; but in preference should seek out the latter.

Malaria is transmitted by Anopheles spp mosquitoes, which bite from dusk to dawn. Evidence shows that pregnant women are more susceptible to mosquito bites and, for a variety of factors, are more vulnerable to the severe effects of malaria. Malaria in pregnancy increases the risk of maternal death, miscarriage, stillbirth and low birth weight, with associated risk of neonatal death. Diagnosis of falciparum malaria in pregnancy can be difficult as parasites may not be detectable in blood films due to sequestration in the placenta

If travel is essential, the ‘ABCD’ of malaria prevention should be followed:

The type of chemoprophylaxis will depend upon the area you are travelling to, as there is resistance to some antimalarials, and which trimester you are in. This needs to be discussed with a travel health adviser prior to travel.

Travellers who plan to become pregnant after taking antimalarials and wish to do so with minimal antimalarial drug present, may elect to observe the following time intervals after completing the course, before attempting to conceive :

Mother to child transmission of chikungunya virus infection has been reported in women who were infected with the virus in the later stages of pregnancy and had fever in the days immediately prior to or during labour. The mother and baby do well with prompt diagnosis and supportive treatment. Make sure if you are pregnant and you develop a fever and you have been travelling you advised you doctor or midwife of your travel itinerary and dates.

Dengue is transmitted by the daytime biting Aedes spp mosquitoes. While pregnancy is not thought to increase the incidence or severity of this disease, some case reports suggest that dengue may predispose women to certain pregnancy complications. It has been suggested that women in late pregnancy should avoid travel to areas of ongoing disease, and those earlier in pregnancy should consider dengue a serious hazard.

This is the newly emerging disease affecting Central and South America and now parts of the Caribbean. Knowledge about the disease and its risks is being studied, as are potential preventative methods and treatment options. However, today there appears to be a clear association between Zika virus infection cases and an increase in a condition known as microcephaly: congenital brain malformation.

Investigations are on-going as to see if there is a clear cause and effect, and if there is a stage of pregnancy that this most likely occurs. Evidence shows that the virus can be passed from mother to unborn baby as the virus can pass the placental barrier, and an increase in cases in Brazil matches an increase in Zika infections. Pregnant women, and those trying to conceive, who are planning to visit affected areas should discuss their travel plans with their health care provider to assess their risk and receive advice on mosquito bite avoidance measures. It is very important that pregnant travellers maintain vigilance regarding the spread of Zika to the areas they are visiting. As Zika is spread via the same mosquito as Dengue there is concern that its world wide spread may ultimately be the same as dengue.

Dr Geary is the Medical Director for International SOS in London.  She, along with her team, are responsible for the health of travellers worldwide. Her area of interest is communicable diseases and their control, from managing the outbreak of meningitis in a school, to setting up the first pandemic triage centre in the East Midlands whilst with the Health protection Agency and last year involvement in the ebola crisis and response.