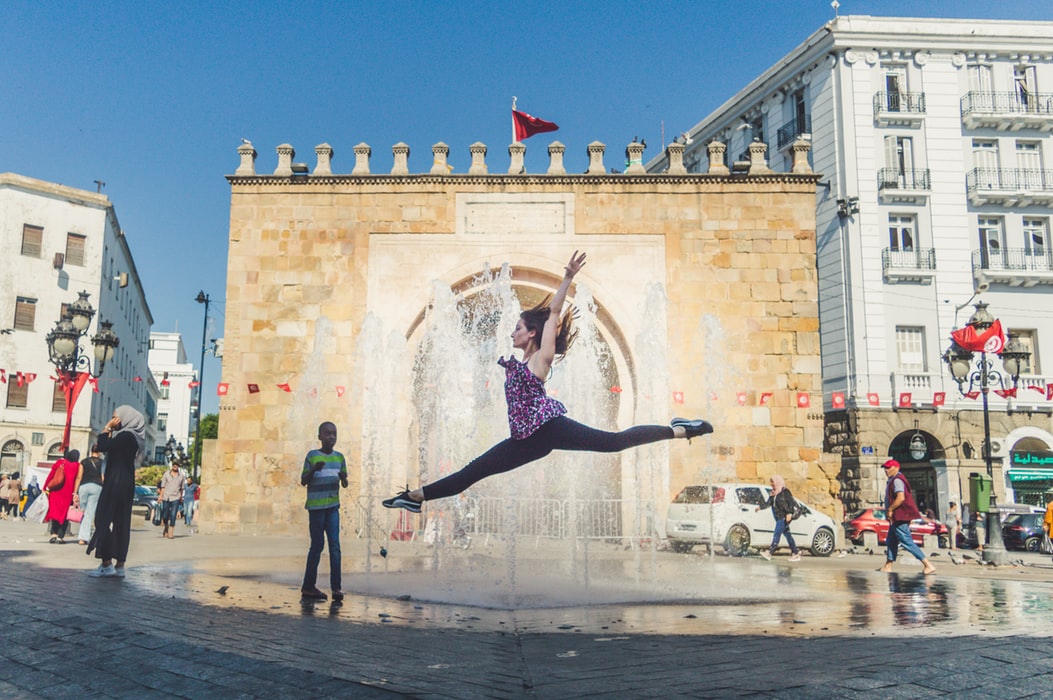 Tunis is the capital of Tunisia on the Mediterranean coast of North Africa. It has a population of 11 million, and borders Algeria to the west and Libya to the east. The official languages are Arabic and French, with English also widely spoken. Downtown and the souks (markets) in Tunis have a very rich history, and as such a lot of work is done to preserve all monuments. Many boutique hotels were also established in the past few years.

If you have time, a famous town to visit in Tunisia is Sidi Bou Said in the north of the country. It is famous for it’s white and blue colored buildings and for it’s stunning architecture.

Along with beautiful beaches, the island of Djerba is home to the famous Synagogue of Ghriba, which is the site of a large pilgrimage once a year.

Tunis has a Mediterranean climate, with average temperatures of 11°C in December,  and 29°C in July.

When visiting a mosque, synagogue or cathedral, women must cover their hair.  Since 1956, women have had access to secular freedoms, and the country continues to promote gender equality. Tunisia is unique in the region, as women in many other countries in the region do not have access to the same freedoms and rights.

Tunis is served by all the basic airlines: Air France, Alitalia, and the local airline Tunissair. There are also airports in many of Tunisia’s tourist cities, for example Monastir,  Djerba , Tabarka and Ennefidha.

In towns, taxis are all metered and every hotel has a taxi network for tourists to use. Tunis also has buses and a tramway.

Dar El Jeld is located in downtown Tunis, and is one of the best restaurants in the city. If you’re planning on visiting do book ahead as they insist on a reservation. Ask  your hotel to book a taxi directly to the restaurant.

In la Goulette (20 km from the city center), you’ll find a famous fish market with a variety of fish restaurants on offer.

I am a member of the women’s only Lions club, as well as the Tunisian Business Chamber.

Tunisia is considered among the top countries regarding wellbeing  with more than sixty wellbeing centers, the second most of any country in the world.

Most of the hotels offer a wide range of massage and beauty treatments. The city’s most famous spa is in Residence hotel, around 20 km from the airport. 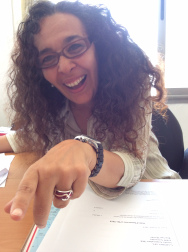 I am the General manager for LA Consulting , which is a business and trade consulting company. I also work as a consultant for a woman-owned travel agency. If you have any questions about Tunis or Tunisia please contact me on Leila.aouichri@planet.tn or on twitter at @lacsuarl