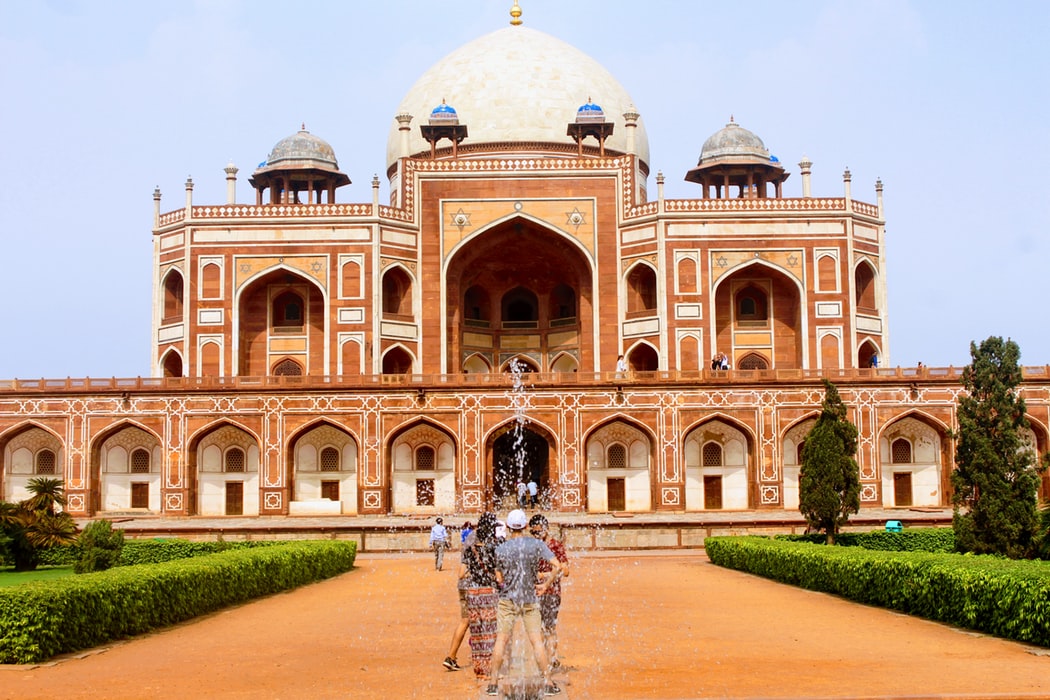 New Delhi is the capital of India and one of Delhi city’s 11 districts; although colloquially Delhi and New Delhi as names are used interchangeably, to refer to the jurisdiction of the National Capital Territory (NCT) of Delhi. The foundation stone of the city was laid by George V, Emperor of India during the Delhi Durbar of 1911.. It was designed by British architects Sir Edwin Lutyens and Sir Herbert Baker.

A symbol of the country’s rich past and thriving present, Delhi is a city where ancient and modern blend seamlessly together. With a history that goes back many centuries, Delhi showcases an ancient culture and a rapidly modernising country. Dotted with monuments there is much to discover here. The seat of many powerful empires in the past, its long history can be traced in its many carefully-preserved monuments, ancient forts and tombs.

Even today, one can have a fascinating glimpse into the past in Old Delhi, with its labyrinth of narrow lanes, old havelis, and colourful bazaars. Rickshaws wind their way through this crowded, bustling capital of the Mughals, where life continues much as it did hundreds of years ago. It is home to three World Heritage monuments—Qutub Minar, Red Fort and Humayun’s Tomb – that have survived many centuries, and give an idea of architectural wonders created by emperors in the past.

All this is combined with the best features of a modern city such as a metro system, bustling markets and fabulous eating places. Delhi has a modern, well-planned and extensive metro network that connects all corners of Delhi; and this network is still growing. New roadways and flyovers have improved connectivity. New malls and entertainment centres jostle for space with a growing number of brand new hospitals, residential complexes, and sporting facilities.

It is time to celebrate this city which is a symbol of the country’s rich past and thriving present. As a Capital city it is fittingly a window to the country. Socome and look out of the window and discover a whole new city of numerous stories and experiences.

The climate of New Delhi is a monsoon-influenced humid subtropical climate with high variation between summer and winter in terms of both temperature and rainfall. The temperature varies from 46 °C (115 °F) in summers to around 0 °C (32 °F) in winters.

Summers are long, extending from early April to October, with the monsoon season occurring in the middle of the summer. Winter starts in November and peaks in January.

English is the business language of India. While Hindi is the official language of India and there are a more than 29 regional languages spoken in the country, English is spoken by all middle class Indians and many less-skilled workers have basic speaking skills. Time format in India is expressed in the British manner of day, month, year; so August 15, 2009 is written 15 August 2009 or 15/08/09. The business calendar year is from April to March and there are multiple holidays throughout the year that vary dependent upon region and religion.

Email is the preferred and easiest method for setting up meeting appointments. It is common for Mr. or Ms. To be used in initial communication but once the contact has been established the formality decreases. It is very normal for meetings to start a few minutes late or have some interruptions and should not be considered a sign of disrespect. Everything takes time in India and things do not always work like clockwork.

The traditional India greeting is the “Namaste,” which you do with hands pressed together, palms touching and fingers pointed upwards, in front of the chest with a slight nod or bow of the head. In a business setting, it is customary to shake a male colleagues hand; shaking hands with women is less common and it is better to wait for a woman’s initiative in a handshake out of respect. In the absence of a handshake, you can do a Namaste. It is very common for people, especially those younger than you, to call you “Sir” or “Madam” out of respect.

Public transport in the metropolis includes the Delhi Metro, the Delhi Transport Corporation (DTC) bus system, auto-rickshaws, cycle-rickshaws, e-rickshaws, Grameen Seva and taxis. With the introduction of Delhi Metro, a rail-based mass rapid transit system, rail-based transit systems have gained ground. Other means of transit include suburban railways, inter-state bus services and private taxis which can be rented for various purposes. However, buses continue to be the most popular means of transportation for intra-city travel, catering to about 60% of the total commuting requirements.

Private vehicles account for 30% of the total demand for transport, while the rest of the demand is met largely by auto-rickshaws, taxis, rapid transit system and railways.

Indira Gandhi International Airport (IGI) serves Delhi for both domestic and international air connections, and is situated in the south-western corner of the city. In 2009-2010, IGI recorded a traffic of more than 25 million passengers, both Domestic and International.

There are a variety of dining options and bars in and around Delhi. They cater to the elite as well as the budget traveler. The cuisine includes different types of Indian food, but there are also restaurants that serve international cuisine, such as Italian, Lebanese, and Chinese.

Some of the best places to visit are Sarvana Bhavan, Moti Mahal, Delhi Durbar, Gulati, and Masala Library.

You can find gyms and beauty parlours galore in almost every colony in Delhi. There are also some high-end spas for beauty treatment.

Delhi is has the potential to be unsafe, especially for single women traveling alone. Having said that, with enough care it is one of the most astounding place for exploring. The caution one needs to adhere to are avoid traveling alone after 9 pm and dress appropriately as the culture demands it. Try and only use public transport, and if a taxi is needed then use only Radio Taxi’s that can monitor your move. People are very friendly and you would find help at all times. 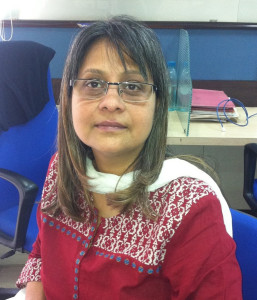 I was born in Mumbai went through my schooling and University in Mumbai. I started my career in Mumbai and for the last 15 years have been staying in Delhi and prior to that I have worked in Europe. Between career changes I have travelled the globe and spent many wonderful years working and also traveling different continents. I am fortunate that my work allows me to pursue my passion for travel, music and food. I work as an IT consultant now after stints with both Intel and Microsoft. I love Delhi’s vibrant art and music culture and I love the winters in Delhi. Delhi is also a gateway to many small towns on the foot hills of the Himalayas and you would find me in one of the hill stations on a long weekend. If you have questions about your trip to Delhi you can contact me at aruna_r3@hotmail.com.

Other Cities in India