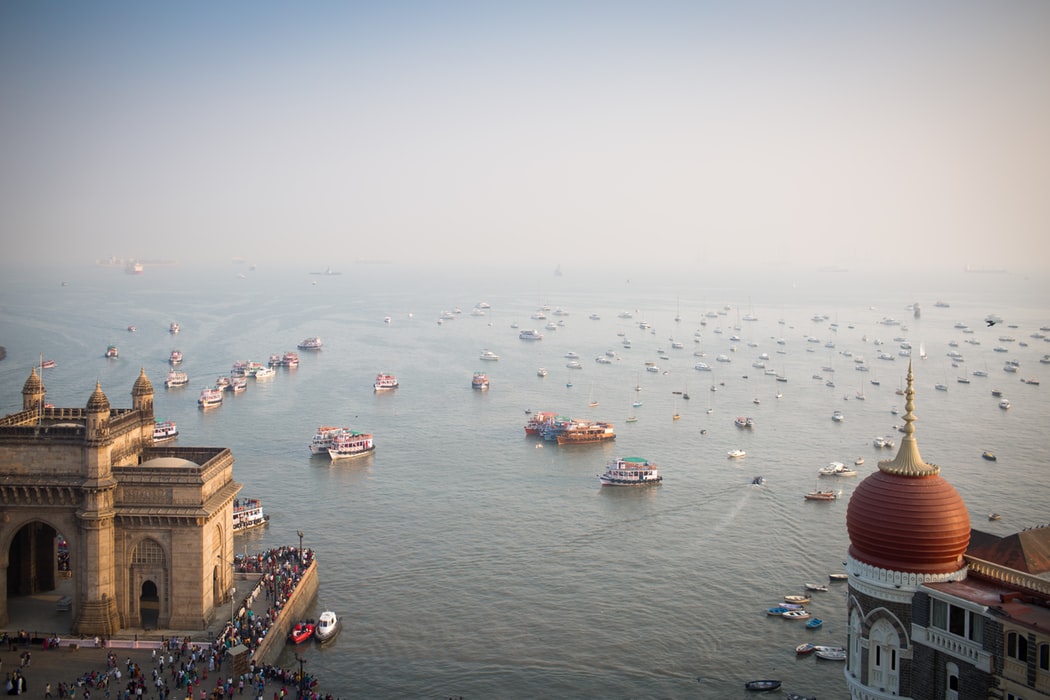 Mumbai also known as Bombay, is the capital city of the Indian state of Maharashtra. Mumbai lies on the west coast of India and has a deep natural harbour.  The seven islands that came to constitute Mumbai were home to communities of fishing colonies. For centuries, the islands were under the control of successive indigenous empires before being ceded to the Portuguese and subsequently to the British East India Company.

Mumbai is in all ways a mega-city driven by power, wealth, glamour and fame which attracts people to give shape to their dreams and aspirations. But it is also a city with strong historical links, wonderful British architecture, museums, beaches, places of worship, and above all, a true galaxy of stars where Bollywood reigns supreme.

It is said that every train that comes to Mumbai brings on it hundreds of people from across India who are not only drawn to ‘experience’ the city’s mesmerising attractions but would also like to make it their home. A city of diverse cultures and a melting pot of commerce, industry, entertainment, enterprise, and politics, Mumbai’s trysts with wealth and fame have, however, been recent. It wasn’t a cosmopolitan finance centre to begin with. Its history has witnessed several shifts in power, and the seven islands changed hands frequently. And of course there is the huge Hindi film and television industry that has given it its starry appeal.

Mumbai is the financial, commercial and entertainment capital of India. It is also one of the world’s top ten centres of commerce in terms of global financial flow.

Mumbai has a tropical climate, specifically a tropical wet and dry climate, with seven months of dryness and peak of rains starting June – July. The cooler season from December to February is followed by the summer season from March to June. The period from June to about the end of September constitutes the south-west monsoon season, and October and November form the post-monsoon season.

Although Mumbai is considered safe for women, it is always better to dress appropriately and also avoid going out to places late at night.

Cultural differences extend to all sorts of little things. While allowances will usually be made for foreigners, visitors unacquainted with Indian customs may need a little preparation.

Eating and the right-hand rule

The biggest minefield of potential faux pas has to do with eating. This is usually done with the fingers, and requires practice to get absolutely right. Rule one is: eat with your right hand only.

This rule extends beyond food. In general, do not pass anything to anyone with your left hand, or point at anyone with it either; and Indians won’t be impressed if you put it in your mouth. In general, you should accept things given to you with your right hand – though using both hands is a sign of respect.

Religion is taken very seriously in India; it’s important always to show due respect to religious buildings, shrines, images, and people at prayer. When entering a temple or mosque, remove your shoes and leave them at the door (socks are acceptable and protect your feet from burning-hot stone ground). Some temples – Jain ones in particular – do not allow you to enter wearing or carrying leather articles, and forbid entry to menstruating women. In the southern state of Kerala, most Hindu temples are closed to non-Hindus, but those that aren’t require men to remove their shirts before entering (women must wear long dresses or skirts).

Indian people are very conservative about dress. Women are expected to dress modestly, with legs and shoulders covered. Trousers are acceptable, but shorts and short skirts are offensive to many. Men should always wear a shirt in public, and avoid skimpy shorts away from beach areas. These rules are particularly important in temples and mosques. Cover your head with a cap or cloth when entering a dargah (Sufi shrine) or Sikh gurudwara; women in particular are also required to cover their limbs. Men are similarly expected to dress appropriately with their legs and head covered. Caps are usually available on loan, often free, for visitors, and sometimes cloth is available to cover up your arms and legs.

Staying well groomed and dressing “respectably” vastly improves the impression you make on local people and reduces sexual harassment for women, too.

Indian English can be very formal and even ceremonious. Indian people may well call you “sir” or “madam”, even “good lady” or “kind sir”. At the same time, you should be aware that your English may seem rude to them. In particular, swearing is taken rather seriously.

Westerners have an ambiguous status in Indian eyes. As a traveller, you will constantly come across people who want to strike up a conversation. You may find it odd or even intrusive that complete strangers should want to know that sort of thing, but these subjects are considered polite conversation between strangers in India, and help people place one another in terms of social position. Your family, job, even income, are not considered “personal” subjects, and it is completely normal to ask people about them. Asking the same questions back will not be taken amiss – far from it. Being curious does not have the “nosey” stigma in India that it has in the West.

Public transport systems in Mumbai include the Mumbai Suburban Railway, Monorail, Metro, Brihanmumbai Electric Supply and Transport (BEST) buses, black-and-yellow meter taxis, auto rickshaws and ferries. Suburban railway and BEST bus services together accounted for about 88% of the passenger traffic in 2008. Auto rickshaws are allowed to operate only in the suburban areas of Mumbai, while taxis are allowed to operate throughout Mumbai. Taxis and rickshaws in Mumbai are required by law to run on compressed natural gas (CNG), and are a convenient, economical, and easily available means of transport.

I was born in Mumbai went through my schooling and University in Mumbai. I started my career in Mumbai and for the last 15 years have been staying in Delhi and prior to that I have worked in Europe. Between career changes I have travelled the globe and spent many wonderful years working and also traveling different continents. I am fortunate that my work allows me to pursue my passion for travel, music and food. I work as an IT consultant now after stints with both Intel and Microsoft. Although I stay in Delhi I am a quintessential Bombayite with deep roots in the city. I often visit Mumbai either to be with my parents or sometimes just to PARTY. If you have questions about your trip to Mumbai you can contact me at aruna_r3@hotmail.com.

Other Cities in India