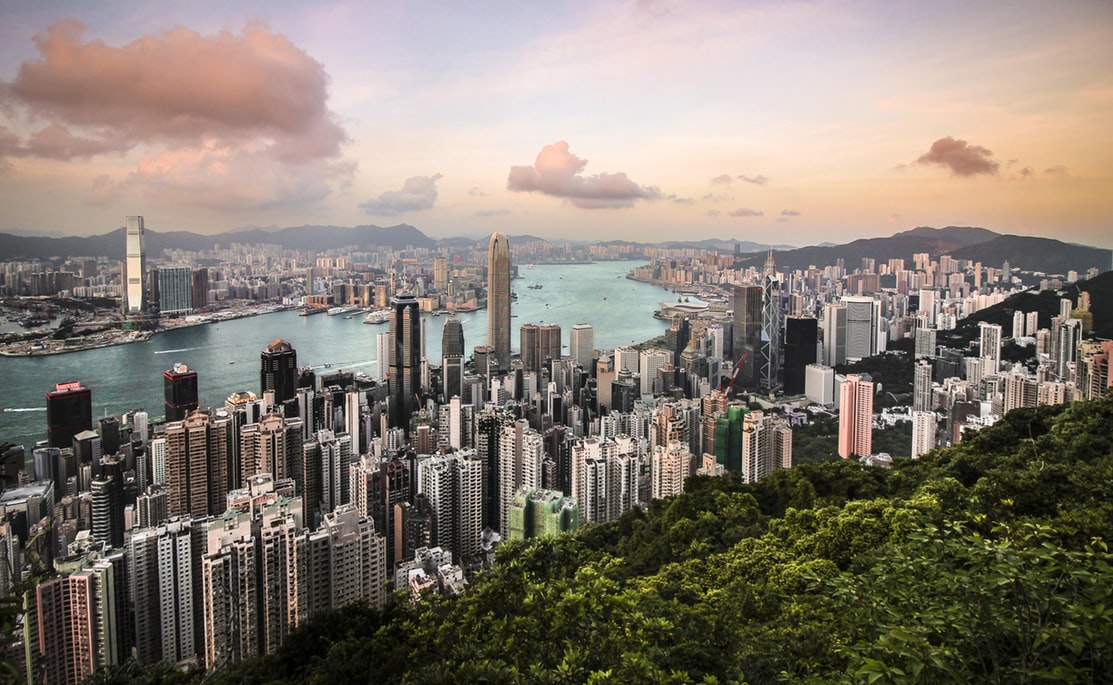 Hong Kong is a vibrant city with an East-meets-West mix of Chinese culture and influences from its colonial history that ensure a fascinating mix of old, new, intrigue and surprise. It’s one of the most densely packed countries in the world with some seven million people living in 1,100 kilometers of mountainous terrain and the resulting skyline gives it an edge over any other city, including New York!

Hong Kong is a cacophony of sounds and sights 24-hours a day; the city lives by its work-hard, play-hard ethic that provides plenty of opportunities for networking and socializing. And the close proximity of mountains and coastline make hiking trails and beaches a short taxi ride away. Eating out is a favourite pastime and the city has 10,000-plus restaurants from hole-in-wall noodle spots to Michelin-rated dining at the city’s many, five-star hotels.

Hong Kong has a reputation as a shopping hub and certainly every major designer brand can be found in its many malls. And of course, there are plenty of markets selling virtually anything and everything. Hong Kong’s border with China makes it an important hub for business to the mainland, which along with a free economy and entrepreneurial spirit contributes to the diverse array of businesses and nationalities.

Hong Kong has a sub-tropical climate and in the summer months (humidity begins to kick in around April and lasts until mid-October) it pays to carry a jacket or shawl as air-conditioning can be uncomfortably fierce.

In business it is common practice to exchange business or name cards at meetings. Hong Kong people are very hospitable and it is polite to accept an invitation to lunch or dinner from a (prospective) business partner.

The city is the fashion capital of the east and its people are style-conscious, though business dress codes generally are conservative.

Hong Kong is a fast-paced, high-tech society and free wi-fi is available in many public places with unlimited restrictions on access to the Internet; however most if not all, hotels will charge a fee to access the Internet through their internal systems.

Hong Kong has a very efficient transport system. The MTR underground rail network is often the fastest way to get around, and it is also extremely clean. Trains run every few minutes to districts over much of Hong Kong Island, Kowloon and the New Territories and bilingual maps in stations and on the trains make it easy to work out how to get from A to B; you can also download an App from the MTR website to work out routes. Buses and trams run every few minutes, and the Star Ferry is a tranquil way to cross the harbour between the Central business district and the bustle of Tsim Sha Tsui while taking in the skyline. The Octopus travel card can be used on all these modes of transport. Alternatively MTR tickets can be bought at stations while buses and trams operate on a cash only basis with no change given for those without an Octopus card.

Taxis are also a convenient and cheap way of travelling. Taxi stands can be found outside malls, hotels and major roads and they can be flagged down on roadsides. Generally taxis are easy to flag down except during shift change, which takes place (loosely) between 4pm and 5pm and can mean long queues and few taxis. All taxis are metered. Generally drivers on Hong Kong Island have enough English to understand a destination but Kowloon side is a different matter so ask a hotel concierge to write it down. There are no specific ladies’ taxi companies but travelling by taxi is quite safe.

One of the joys of a city with 10,000 plus eateries in a land of little over 1,000 square kilometers is that food is never far away. From the five-star hotels that are great for buffets, top-notch local and international cuisines and bars with panoramic city views, to hole-in-the-wall spots bursting with traditional Cantonese fare. The Central Soho and Boho districts are well known for their bars and restaurants serving international cuisines, and eating hubs are spreading beyond those areas to districts such as Sheung Wan and Kennedy Town that were once purely residential. And though late to the scene, Hong Kong has latched onto the coffee culture and caffeine spots are popping up all over the city. Swing by the concierge desk of a nearby hotel or tap into the insider knowledge of a business associate for recommendations.

Professionals working in all fields of publishing. http://www.hkwips.org/index.php

Many of the city’s hotels have their own gym and some, especially the five-star hotels have spas and beauty salons open to non-guests. Picking up on the need for speed by some clients, a few beauty salons offer express treatments from facials, massages and manicures to brow waxing and a blow dry. Check out Skin Laundry, FastBeauty, Airplay and Four Seasons Nail Bar.

Hong Kong is a safe city by day and at night. While it is generally safe for women to take to the streets alone at night it is still wise to follow basic safety measures as you would in any country, such as being aware of pickpockets and keeping valuables in a safe place especially in highly populated and busy tourist areas such as Tsim Sha Tsui and Causeway Bay.

I landed in Hong Kong from the UK in 1996 and after three years working in marketing decided my time in the city was over. Little did I know back then, the lure of Hong Kong… After 18 months travelling in Asia I returned and it’s been home ever since. I’ve spent the last 16 years’ working in media and publishing as a reporter and commissioning editor, mostly with Hong Kong’s main English language newspaper, the South China Morning Post. I now work as a freelance journalist writing mostly on lifestyle topics from interiors, fashion, watches and jewellery, to schooling and family issues that all keep me in the loop on current topics and trends. Hong Kong maybe a tiny city packed with seven million people, but it is constantly changing and always something new to discover. It can be noisy and frantic but also serenely majestic if you have the time to venture beyond the skyscrapers into the mountains. Get in touch if you’re passing through and would like recommendations, or to meet up. Contact me here.

Other Cities in China