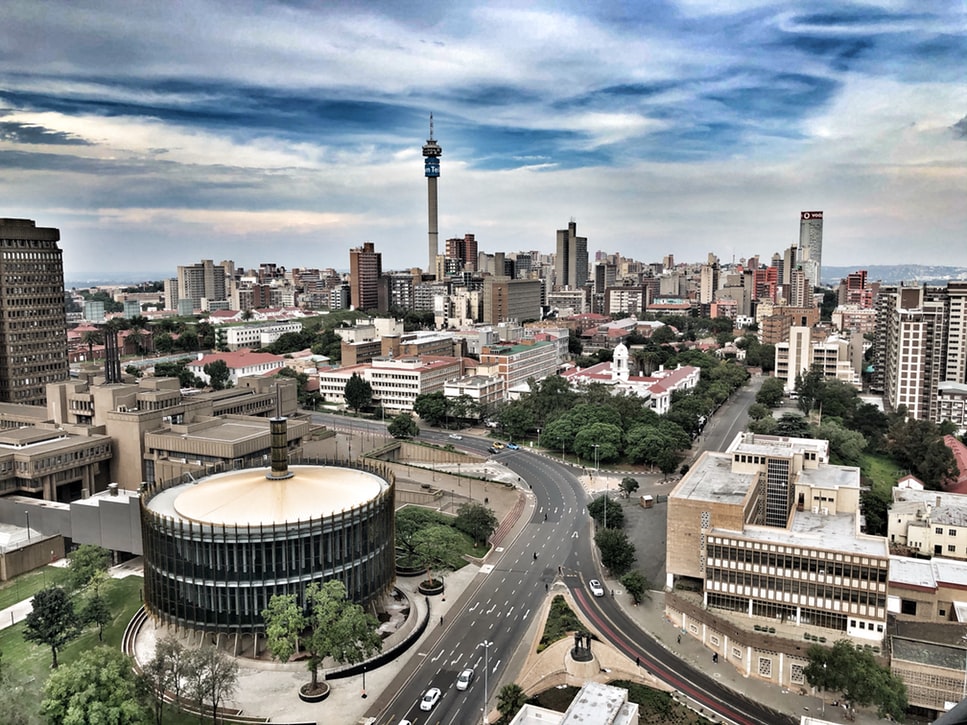 Johannesburg, more commonly known as Jo’burg or Jozi, is a rapidly changing city and the vibrant heart of South Africa. The city is the economic hub of South Africa, and increasingly for the rest of Africa. A thriving black middle class has risen up from the ashes of apartheid, both in the suburbs and in the famous township of Soweto. However, the wealth divide remains stark. The affluence of some suburbs such as Rosebank and Sandton provides a stark contrast to the desperately poor, neighbouring townships such as Alexandra and Diepskloot. The contrast between rich and poor has led to one of the highest crime rates in the world.

Don’t avoid Johannesburg because of its crime however, since it is perfectly possible to have a safe and enjoyable stay if precautions are taken. Many South Africans choose to live here over other, safer parts of the country. Jo’burg is an incredibly friendly, unstuffy city with a lot to experience. With millions of trees, Johannesburg is most likely the world’s largest man-made urban forest. The city is certainly one of the greenest in the world, considering that the natural landscape is savannah.

The weather is generally excellent; temperatures reach the mid-30s Celsius (95°F) in the summer months (Dec-Feb) with little to no wind and with occasional, spectacular afternoon thunderstorms. Temperatures in winter can drop into single digits but snow is extremely rare.

O.R. Tambo International Airport, formerly called Johannesburg International and before that as Jan Smuts Airport (these old names are still commonly used) is the main airport for Johannesburg. It is the busiest airport in Africa. Remember your yellow fever certificate.

Getting from the airport

Johannesburg was a city built for the car and so public transport is in the development process. The Gautrain is a good, clean and safe way to jump fast between the airport, Malboro, Midrand, Rosebank, Pretoria and Centurion.

Renting a car is your best option if you are a confident driver as the city’s public transport is very limited. It is worth buying a good road map of Johannesburg, using a GPS (available when you rent a car) and planning your trips carefully before setting out. The city is large and somewhat poorly signposted.

There is a ring road system of freeways, with the city centre located at the centre of the ring. The ring is formed by the N1 on the north and west, the N3 on the east and the N12 on the south. The ring is dissected north/south by the M1 freeway and partially dissected east/west by the M2 freeway.

Traffic can be particularly bad during peak hours on weekdays (6:30am – 9am and 3:30pm – 6:30pm) so plan your journey accordingly. As the city is large and spread out, getting around may require covering large distances e.g. from Midrand to Soweto is in excess of 45 km (28 mi).

Johannesburg has many 5 star eating establishments!

Great areas where you can walk and select from a variety of restaurants include: 4th avenue in Parkhurst; Melrose arch in Melrose; Rosebank shopping mall; Monte Casino in Fourways; Eastgate shopping centre in Bedfordview; Grant avenue in Orange Grove.

If you want good quality food at reasonable prices look out for the following franchises (found in most shopping malls): Tashas; Mugg n Bean; Doppio Zero. This blog highlights a few good restaurants –

If you are in Johannesburg over a weekend there is a great food market in the centre of town on a Sunday called Maboneng Precinct – http://www.mabonengprecinct.com

Two networks that I have personally used are:

BEAUTY (nails, hair, massage): Although there are many beauty salons in Johannesburg there is a range called SORBET that are well known and have many outlets around the city. Visit http://www.sorbet.co.za to find the closest one to you.

FITNESS: To enjoy exercise in Johannesburg you can access any of the well known Virgin Active gyms which include excellent facilities such as swimming pools and saunas – http://www.virginactive.co.za.

YOGA: You could try HOTPOD yoga mobile studios as they sell individual lessons or try one of the popular yoga studios –

While travelling I often exercise in my hotel room using one of these apps:

Be aware that Johannesburg has high crime levels, though tourists are seldom victims. Things have improved enormously since the unrest in the 1980s. Nevertheless you should keep security in mind and tourists must remain alert at all times when in unfamiliar surroundings. Speak to the locals when you are in town to find out about the area you are staying in.

When on the street (this doesn’t apply to shopping malls and other secure environments) best general advice is to try your best to look like a local and to avoid displaying any form of wealth. Be vigilant when driving, especially when coming up to red traffic lights in the evenings. If you fall victim to robbery, it is best to cooperate with your assailants, hand over your valuables, do not attempt to negotiate, do not look them in the eye, and do not fight back. Then report the robbery to the police. 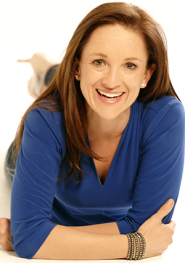 I am a registered dietician and work as a full time professional speaker and writer. I am passionate about energising management and executive teams and helping them build their resilience as they build their organisations. I am a regular media columnist, founder and developer of the WELLCULATOR and am delighted to have published a BESTSELLER book with Tafelberg entitled Fast Food For Sustained Energy. I have the opportunity to travel a lot nationally as well as internationally as I present Performance Chemistry workshops in the UK as well. I am a Yorkshire terrier enthusiast and enjoy doing mosaic art and trail running. True to my French heritage I also love eating out and enjoy a full-bodied red wine or chilled bubbly.

Other Cities in South Africa